As of the 1st January 2012 Chelsea manager Roberto Di Matteo had the following managerial honours to his name – nothing, zero, nada.  Bayern Munich manager, Jupp Heynckes as of the same date had a couple of Bundesliga titles, a Champions League (with that fairly successful team, Real Madrid) and a few other assorted medals, not to mention a trophy laden playing career including a World Cup and a European Championship.  No contest? On paper yes.  But after some of the results in this year’s crazy competition you wouldn’t bet against a Chelsea victory – and where you bet is where Unibet comes in.  With over 150 pre match markets already on line, and many more to come, Unibet is the only place you would want to bet on the Champions League Final.  If you factor in our terrific live offering and our 0-0 insurance offer (we refund all losing bets on correct score, HT/FT, first/last goal scorer if the game finishes 0-0), why would you possibly want to bet anywhere else?!
As they are playing in their home stadium, the Fußball Arena München (renamed from the Allianz Arena due to Uefa sponsorship rules), Bayern are understandable favourites at 1.80.  However, Bayern’s recent record isn’t the strongest – they got thumped by Bundesliga winners Dortmund in the German Cup, and the possibility that the expectation of the home crowd may lead to nerves amongst the players, which is possibly why they are not an even shorter price.  Chelsea are being backed by some at 4.65 to win on the night, and they have saved their best form for the cups this year with a FA Cup already in the trophy cabinet.  However a lack of key players due to suspension and poor league form means they are rank outsiders.  4 of the last 11 Champions League Finals have finished in a draw after 90 minutes (including the last time Chelsea were in the final in 2008) and the draw is backable at 3.60.  It is worth noting for all you live punters out there that the last 4 finals that have gone to extra time have also gone to penalties.
If history dictates how you bet, then a repeat of Bayern’s 2-0 defeat in the 2010 final is available at 24.00, whilst a repeat of the 1-1 draw in Chelsea’s only Champions League final in 2008, and in Bayern’s final in 2001 can be backed at 7.50.
There is also a shootout between Chelsea and Bayern’s master finishers in Didier Drogba and Mario Gomez.  Gomez will finish joint top goal scorer in this season’s competition if he scores twice in the final and he is 3.25 to score more than Drogba with Drogba 5.75 to come out on top, with the draw at 1.67.  Gomez is the favourite for first goal scorer at 4.60, with 5 Bayern players a lower price than any Chelsea player to score first, including ex-Chelsea star Arjen Robben at 6.00 and French wizard Franck Ribery at 7.50.  If Chelsea players take your fancy then Drogba is 9.50 to score first, while penalty taker and scorer of Chelsea’s goal in the 2008 final Frank Lampard is available at odds of 12.50.
Chelsea scored first half injury time goals in both games in the Semi Finals against Barcelona, and either team to score in that period is 25.00.  In the 2008 final Drogba was sent off, and for him to get a card of any colour is 4.00, whilst the opposite is 1.20, whilst Bayern ‘engine-roomer’ Bastian Schweinsteiger is 3.60 to pick up a card and 1.25 not to.

“The majority of the money, roughly 75% is being put on Bayern but a few customers are seeing the value in Chelsea” says Unibet’s Head of Sportsbook Erik Backlund.

“Personally I think this final has plenty of goals in it, so I would back 4 or more goals at odds of 3.50 if I had to pick a market to bet on.” 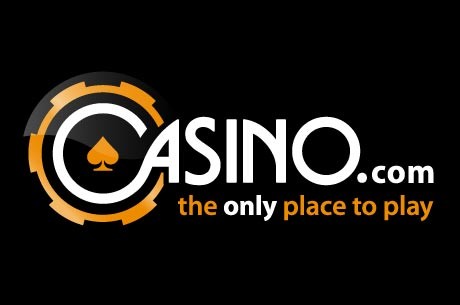 Du kannst in den Einstellungen mehr zu den Cookies finden. You can find out more about which cookies we are using or switch them off in settings.